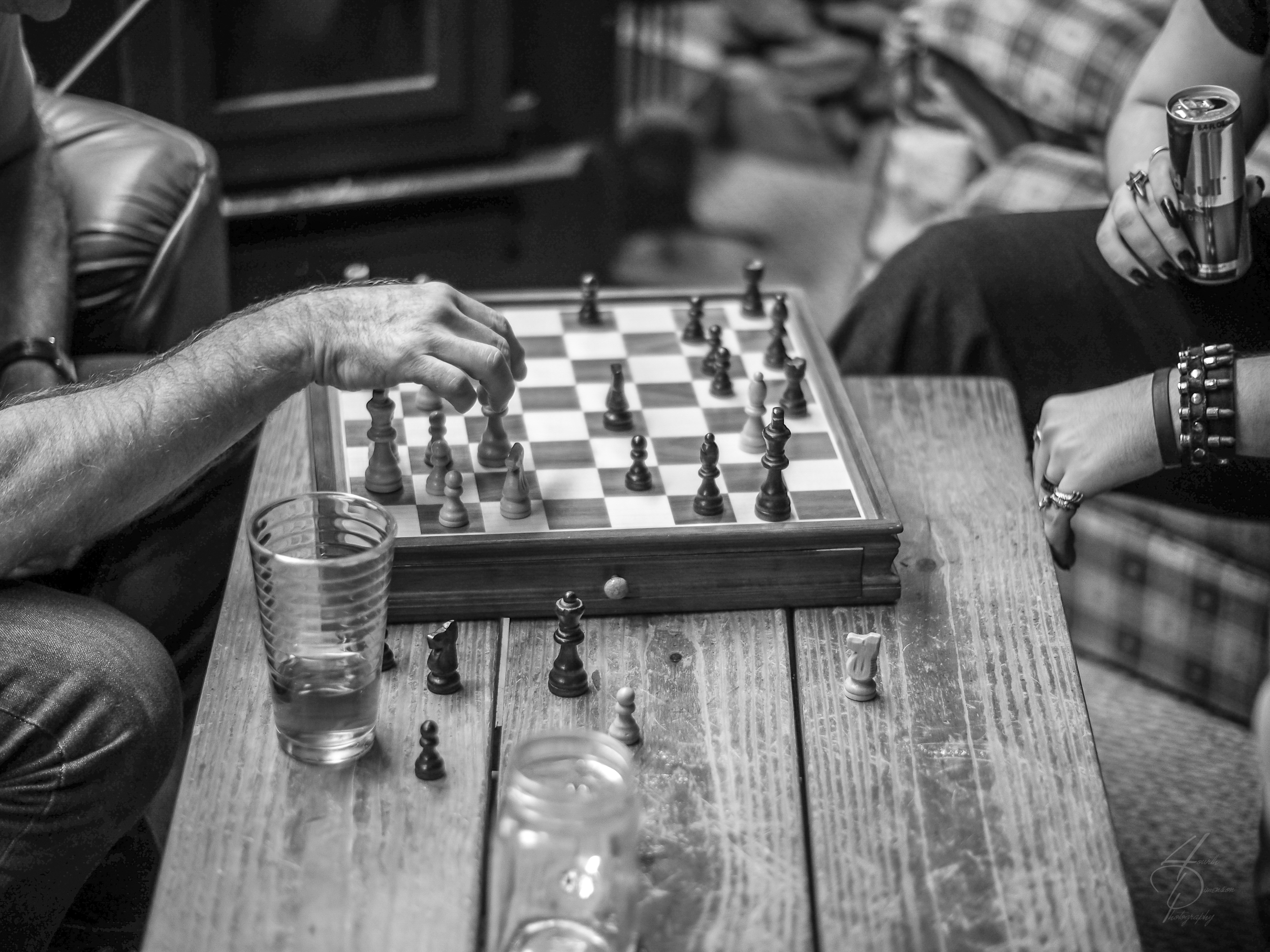 I was more serious as a kid. More than anything, I loved the idea of strategy and thinking things through. While English was torture, my refuge was math. So when it came to games, chess quickly grabbed and held my attention.

From a very young age, I relentlessly wanted to play. I lost hundreds of games to my patient father who got a kick, I’m sure, from my persistence to win. And win I did, more and more, to the point that my dad hasn’t played me in years.

One of the last times I played was against a ranked chess Grandmaster. He humbly smiled as we sat down to play. I threw a few jokes out about needing a crash course on how the pieces move. He laughed and said, “You aren’t fooling me with that talk.” He had been undefeated for a while. In fact, he was quick to brag under his breath about his victories around the world against other ranked Grandmasters.

I was the hired photographer for that weekend’s wedding, and I was shooting the rehearsal and family gathering the night before the wedding when I met this fine fellow. Shortly after meeting, I experienced one of the most glorious moments of my life by saying the words “checkmate” with tamed excitement.

He scratched his head in disbelief as the whole family looked at the marvel they just witnessed. Their world renowned, undefeated, patriarch had just met his match. Eagerly rushing the game pieces back onto the board, he humbly requested a rematch. Instead, I simply stood up, extended my hand, and said “Thank you, sir. However, I must get back to work.”

With his attention remaining intent on a rematch, my dear friend had a line of family members eager to play him instead. I had inspired the idea that what was once impossible was now possible. Never let someone tell you that you can’t do something.