While I was at Faith Babies’ Home and Children’s Village getting a personal tour of the grounds from Irene, she told me about a woman who learned she was pregnant with quadruplets. During her pregnancy, two of the babies died in utero. Surgery was done to remove the two, allowing her to go full term to deliver two healthy babies. The woman’s husband then left, declaring that feeding two more people was more than he could take on. He left this new mother alone, without any source of income or help with the two new babies.

While I cannot wrap my brain around this, it is an all too common type of situation in this country where poverty is prevalent.

Women left with children to feed and care for yet with no source of income, no marketable skills, nor an education show up on Irene’s doorstep begging for help. Or they turn to prostitution as a means of survival, which ends up becoming a death sentence really, considering Uganda’s HIV statistics. A choice between dead or dead isn’t much of a choice.

Irene got together with Ken Galyean’s wife, Renate, and the two of them formed the plan to provide sewing machines and training to women in these types of situations so that they could learn a trade that would generate an income. What you see here are ladies that are a part of this “women’s empowerment” group that spend their day sewing goods to sell. Some of them also make beaded jewelry, and another woman made this hat. I asked her to model the hat for me, and she even threw in a bit of hand-on-hip model sass for me. We were having fun! This led to several other women asking to model and pose for a photo with the hat, even those that had been quite shy when I first arrived. It’s amazing what a little camera fun can do to bring out a beautiful smile and lots of laughter even amongst complete strangers that do not speak the same language.

Irene told me that some of the women wished to tell me about their journey from desperation to empowerment. I asked if I could record this on video and they were happy to oblige. I have to admit I was trying hard to hold back the tears as I heard story after story of hopelessness, fear, abuse, abandonment, and loss turned into joy, hope, freedom, and peace. These women have not only been changed by learning a trade that can provide food, shelter, and clothing for themselves and the children that some have, but also they have been changed by the Gospel and the love of Irene, Renate, and the many folks that have sent money to buy sewing machines to make this possible. Incredible!

I think the smiles in these photos demonstrate their joy much better than I can describe. If I could share the videos I would so you could hear their stories, too. Sadly, there is no way for me to upload such huge files with the wifi that is available here in Uganda. 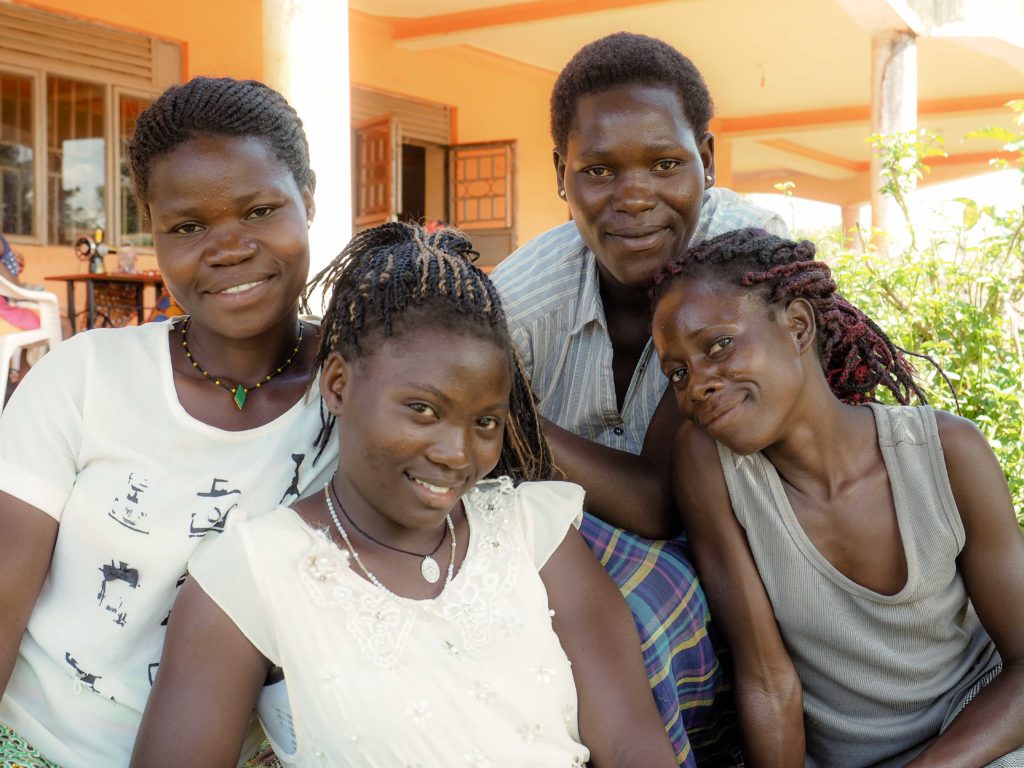 And just so you know, there is a similar women’s empowerment program going on over on the grounds of Good Shepherd school that is managed by pastor Henry Ssevviiri’s wife, Mary. It is an outreach program of their church and includes women who have contracted HIV. I have included photos from both programs below.

One by one lives are being changed from death to life by way of a sewing machine, circa 1940.

PS. There is a need for 3 more sewing machines at Irene’s place so that more women can learn the art of sewing and earn an income. The cost for these foot-powered machines is only $100 each. If you wish to donate toward this program, you can do so through Call to Africa. They will get the machines purchased through their local contacts and into the hands of these ladies.

Click on the thumbnails below to see the full version photos.